'DRAUPADI' - My third play performed on august 20,2012.It was an experience for me because of many reasons.
I don't want to hurt any one.only so i can't write the whole things about the works for this play.

It was a dream,which had and started many years ago...many times the flow of the work stopped by some hurdles and the entire crew failed to jump...
Sukanya,who played the lead role,is the real reason for this work. When she read the novel,'Yajnaseni' by Prathibha Ray,had a thought to play the role of draupadi.She shared her idea to our director, Prof.Chandradasan and after this,the pen ran through the paper and wrote a script.Started rehearsals with Sumesh and Selvaraj,two of the senior actors of Lokadharmi.But,the time was not ready to support them...
problems...problems...blocks...breaks...so,project postponed...

Again started some months back,with Sukanya,Selvaraj and Shaiju,who selected in  the place of Sumesh.Sumesh is one of the finest artist of Lokadharmi,who gave up the work because of some serious health problems and family conditions in that time...

I knew about the actors role in that play and interested to see and study.
One day,in a meeting for the restart of play Sir asked me : ‘Do you want to work in this play;not as an actor only in any other areas?’
Without any doubt,I replied : ‘I can assist You.'

Started rehearsals,but the Time played his/her role again.The actress had an accident and the play,again postponed…
When,National School of Drama(NSD) invited application for next Bharath Rang Mahotsav-2013,the team rejoined…
Sukanya in the lead role as draupadi.
Selvaraj as Yudhistira,Bheema,Dusaassana and Soothradhara.
Shaiju as Arjuna and Krishna.
Me in the role of direction assistant.

We met one day at changampuzha park and planned ‘how to go ahead?’.As per the plan,we started our rehearsals at KSEB Hall, Ernakulam and without hard blocks,we travelled.

The rehearsals started with me,instead of Shaiju,only as a dummy. Shaiju got a new job in a company,little far from the hall.Because of shift work,He missed rehearsals,two days/week.
Rehearsals continued.I started as an assistant in direction, then changed to dummy actor and at the end of the journey I played the role of Arjuna and Krishna in the premier.


I performed or ‘just did’ the play named 'DRAUPADI' on august 20,2012.
It was an experience for me because of many reasons.
I had some happy moments and had many bitter and painful also.
I don't want to hurt any one.Only so I can't write the details here,on Draupadi.
Posted by ADITHYE K N at 6:18 am No comments: 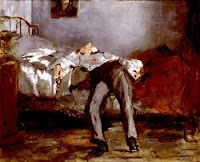 He was tottally against
the self-death.
He believed that
the world is
looking for him.

Always,
he hated them,
who died self and
who wanted to die.
One day,
he found them,
who were ready to fight
against the self-death.
They together started
a new team with
a theme 'Never Suicide.'
They made a pledge:
'Never support suicide and
never attempt to die.'

But
on that dark day
one man from the team
broke their rules...
That man died,
when he attempted
to die...
He was the first man,
who died by own self
from that team...
Moreover,
he was the man,
who started the team
with the theme
'Never Suicide.'

In a letter,
which is written by him,
everyone read these words:
'Now I know
why they wanted
to suicide!'

One Sunday in April,when we met at changampuzha park for Caucasian Chawlk Circle,next production of Lokadharmi, Chandradasan sir asked me about my availability from 16thmay from 23rd for a residential camp with Finnish Art Group.Sir told me that camp conducted for a production,based on a story from Kalewala,Finnish Epic.They decided the Production,as a team work of Finnish group with Lokadharmi,for 23rd May.Sir chose three artists from Lokadharmi;they are Selvaraj VR,Charu Narayanan and Me.
I was in trouble;had many thoughts, confusions…I was not ready for residential camp,because of my homesickness and thoughts on food.I have one more reason;I have no interests in ‘quick play making and delivering’.I want,Time to relax, in all my works…
Why me? : Lokadharmi have many talents than me,I am sure.But…why me?That was the question!Sir was waiting for my words.My Parents and friends told me to attend.But my mind said:‘NO’.

After my own calculations,I decided…
On that day,in which Sir wanted my answer,I told Him:’Sir,I AM Ready’.
After some days I had a call from Sir:’We will start work on 15th May at Charu Narayanan’s Yoga Centre.'
On The Way…

15th,16th,17th of May we did practices at the Yoga centre. As I afraid,it was not a camp.We used our comfortable hours to practice and related excersises.
On 15th we started at evening and continued till the powercut. We did some kalari based movements led by Charu narayanan,the Yoga expert and actress. Then we started work with improvisation of first portion of the play-Two Mothers In The Realm Of Death.
The Directors divided us as Two groups;each has 3 people.The first group members were Selvaraj,Anna and Eija and the second had Mari,Charu and Me.Our improvisations had many mistakes and some good parts.
Next day,Pirkko Kurikka(the writer), Laura,Mammu (musicians) and Janne Hyytianen joined to the rehearsals.We started the rehearsals afternoon to the time of powercut and discussed about next day’s plan.
Next day our practice also started afternoon,but ended very early,just at evening.They have some works for a drama,which they planned to play next day.Because of that drama,18th May was free from practice.
On 19th the team went to Cherai and camped at Amaravathy Resort,near to the beach, for the practice and enjoyment. Antti,Martta and Kishore also joined to the rehearsals.
Mannam is just 9 or 10 kilometers far from Cherai;so I went to home after the rehearsals and came as the schedule.
From the Yoga centre rehearsals,we had the structure of the play. At Cherai,Everyone worked hard for the perfection.
The Happiest Lunch Time
I had a plan to invite The whole team to my home on last day.On sunday,I discussed my wish with my Mother.Without any doubt, She approved.In the evening,I asked Sir and He to The Team. Thumbs Up…
Next day,at Lunch time the whole team were in my home.My Mother made a good feast for Them.After the food,they spend some time in my home and after that they went to their residences.They enjoyed and said Thanks…
"It was one of my happiest moment in my life."
Next day,I got their thanks again and I told them to give thanks to my Mother.
As we planned,did rehearsals and planned for next day-The performance day.
The Performance Day

It was my second play.
Prayed for a better play and we played well…Played much much better than the rehearsals…
It was a team effort,in which each individuals gained success.
Got comments with good words.


The GOOD BYE Day
Had a closing ceremony of Finnish Art Week-2012 on 24th May,at Nanappa Art Gallery.It was a function with Music and Painting...But for me,that was a hard time.


I can’t write about this day…


It was very sad to say Good Bye!
Don’t know, when we can meet again.

I have many to write in my mind;but in short,We had memorable and enjoyable moments.
I want to tell one more thing:The work with them helped me to understand the easiness of 'quick play making and delivering'.If there is any chance to work with the same team,i will change my all time schedule for that work.


THANK YOU for Your Love and Co-operation...
See You Again...
Keep in Touch with mails and on facebook...
MISS YOU ALL…
LOVE YOU ALL
Nothing more to say…

GOD BLESS YOU ALL


Friends,
This is my second birth here...
I have some ideas,experiences to share...
Help me to improve...

TO REMEMBER THAT DAY,
WHICH MADE YOU FOR US.
TO SAY THANKS TO 'THAT',
THAT GAVE YOU A SWEET LIFE.

DON'T KNOW AM I RIGHT
OR WRONG,HERE ?
THOUGH I AM READY TO EXPRESS
MY THOUGHTS,IN MY WORDS.

THE MIND RUNS FASTER THAN EVERY BODY.
THE TIME MOVES QUICKLY THAN EVERY MIND.
NO ONE CAN CHASE THEIR OWN MIND;
NO ONE CAN DEFEAT THEIR OWN TIME;
AS WELL AS,IT IS NOT POSSIBLE THAT,
TO CHASE AND DEFEAT THE TIME.
BUT ALL CAN MOVE PROPORTIONALLY,
WITH OWN MIND AND WITH TIME.

AS THE DAY OPEN, THE NIGHT OPEN,
THE EYES AND LUSTURE ARISE AND ASLEEP.
WITH THE MOTION OF YEARS,FORWARD,
THE GROWTH BE MADE,OF BODY AND MIND.

THUS , NOW YOU ARE FAR AWAY-
FROM THE DATE OF YOUR BIRTH.
WHAT DID YOU FOR THE FUTURE?
HOW DID YOU UTILISE PAST DAYS?
THINK IT , ANALYSE IT ; MAKE CHANGES,
IF YOU GET RESULTS BITTER THAN BETTER.

THE ROAD IS LONG , IN FRONT OF YOU ;
LET'S WALK AHEAD WITHOUT FEAR.
DO YOUR JOBS WITH FULL HOPE AND
LIVE HERE WITH FULL COMMITMENT.

YOU ARE HERE FOR DOING SOME GOOD.
DO THE GOOD AND TRY TO BE GOOD.
YOU CAN MAKE IT POSSIBLE IN LIFE.
TAKE 'IT' EASY AND TO BE SERIOS

TO REMEMBER THAT DAY
WHICH MADE YOU FOR YOU.
TO SAY THANKS FOR THE PAST AND
TO PRAY FOR THE FUTURE.


(This is the first poem which i mailed as a Wish. I mailed this poem to Rakhi,my very best friend from school days, on Her Birthday)
Posted by ADITHYE K N at 1:43 pm 1 comment:

ADITHYE K N
MANNAM,NORTH PARAVUR, KERALA, India
A COMMON MAN,LIVES IN INDIA,WHO WANTS TO BE A GOOD HUMAN BEING THAN ANYTHING...